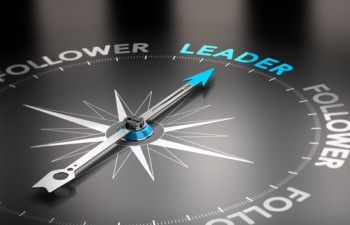 You have seen leaders come and go and you’ve seen some succeed and others fail. Have you ever wondered what explains this?

Institutions that have researched this question, from universities to for-profit companies to the US military, have found that when the leaders are clear both about what they want and how they’ll support the team, the organization performs better.

Most organizations have some sort of mission statement, organizational philosophy or values proposition to guide members and focus their work. When clearly articulated, these statements help keep the organization on track and pointed toward clear goals.

A written leadership philosophy achieves the same thing on a personal level: it lets people know what you expect, what you value, and how you’ll act, with the additional benefits of making the workplace less stressful and more productive. And, like a compass, it helps keep you, the leader, on course.

Bill Billeter, a 1997 graduate of West Point, has over twenty years of experience leading cross-functional teams in the completion of challenging assignments. As a manager with two Fortune 100 companies, Amazon and Target, he has led up to 300 employees, breaking site records for productivity, and streamlining logistics and manufacturing operations.

A Bronze Star recipient and Operation Iraqi Freedom veteran, Bill was a Captain in the U.S. Army. Following graduation from West Point he initially spent four years on active duty in various leadership positions with the 10th Mountain Division. In 2005, when the Department of Defense communicated a need for former officers to support ongoing operations in Iraq, Bill volunteered to return to active duty. After graduating from the JFK Special Warfare Center at Fort Bragg, he led a Special Operations Civil Affairs A-Team in the Baghdad districts of Zafaraniyah and Sadr City. His team established the first coalition forces small business loan office in Eastern Baghdad. Bill served as a primary liaison and mentor to the newly elected Iraqi government officials, and helped manage more than $290 million in reconstruction and community development projects including schools and hospitals.

About the PMI® Kentucky Bluegrass Chapter

The PMI Kentucky Bluegrass Chapter is recognized as a dynamic organization for professional project managers dedicated to serving the business, academic and government communities of central Kentucky and the advancement of project management – adding value to our members, our community, and our profession.

We want to be your authoritative source for project management information in Central Kentucky.