Without a PMP® Certification, You May Not Know as Much as You Think 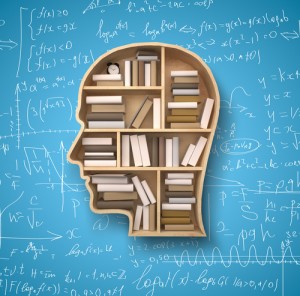 Is a PMP® necessary?

With my years of experience and even some formal training, I thought there was nothing more anyone could tell me that I didn’t already know about project management, and that a PMP® certification wasn’t really necessary. I once viewed getting a PMP® certification as a fad that would eventually fade away. Boy, was I naïve! As time progressed, it became apparent it was becoming more important to employers, not less. More and more of my peers achieved their certification throughout the years, and a project manager not having a certification was becoming an exception instead of the rule.

How I did it

My first step was to order my first PMP® book from Amazon. I started reading Rita Mulcahy’s PMP® Exam Prep and found it quite interesting. I thought it was going to be a long, boring slog, but it turned out to be the opposite. The information was enlightening about what all was involved in being an effective project manager and was an easy and informative read.

The more I read, the more I realized I didn’t know as much as I thought I did, but I could relate every aspect of the book to my experience in project management. After I completed all of Rita’s book and the practice exams, I then ordered the PMBOK® Guide. I found the PMBOK® Guide to be very similar and relatable to Rita’s book, but there was more of a focus on the tools and techniques and the inputs and outputs – again more information that I didn’t already know from experience. I was beginning to feel overwhelmed. At that point, I decided to take the week-long training offered by Solarity to solidify my chances of passing the exam, hopefully on the first try.

The repetition of the project management terms in the class proved to be very valuable, as well as hammering the PM framework into our heads. As part of the class, you also get another reference guide created by Solarity. This guide was helpful as another source that was summarized in a more concise format. In the class we went through some of the questions in the practice exams. We had discussions about why some would answer it differently from what the book said was the correct answer, based on their experience. We were also given access to online training material with practice exams to get even more practice answering exam questions. I found taking the practice exams very valuable, including the 4 hour, full-length exams offered by Solarity as a component of the class.

The most eye-opening part of the class was the real-world discussions we had about other people’s experience with project management.  Not only were those discussions interesting but they gave me new insight into what project management really was. There were people in the class from many different industries including manufacturing, aviation, engineering, IT, etc. All of these professions rely heavily on quality and time, and the tools and techniques of project management help achieve their goals. Armed with all of this new found knowledge, coupled with my experience managing projects, I was able to pass the PMP® exam on the first try!

So, I encourage all of you in project management to bite the bullet and get your PMP® certification. Take the class offered by Solarity to network with other project managers and learn from their experiences in different fields. With every passing year, it is becoming more apparent that it is a necessity for employers, not just a desire.

Even if you have decades of project management experience, you may find that you don’t know as much as you think. 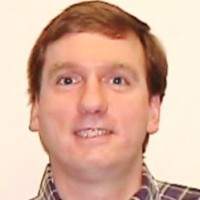 Kevin is a Strategic Software Development Manager with over 18 years of expertise in leading large-scale, complex application development projects the legal, healthcare, and government sectors. Kevin enjoyed a 26-year career with ACS/Xerox, and recently joined Health Tech Solutions as a Senior Consultant. Congratulations Kevin on achieving the PMP® Certification!

Are you interested in becoming PMP® certified? Solarity has an upcoming class beginning on August 26th!