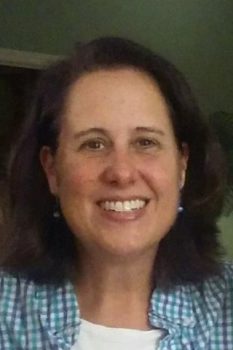 Let’s say you’re in your early 50’s and been working as a fundraiser in the non-profit sector for the past 30 years. Let’s also say you’re beginning to think a change might be good, as people you know suddenly became very busy with their phones when they see you on the street.

So, what to do? I know, there’s this thing called Project Management…oh, that sounds interesting! I already know how to create a budget, assemble a work team and do evaluation reports. Bet I could do that fairly well.

Welcome, reader….so glad you’re witnessing this mental dialogue I had with myself a few months ago. Isn’t it fun to watch the uninformed make assumptions about this terribly simple process called PM? But, the old adage about fools and children must have found its way skyward because soon after I stumbled across this idea, I found myself in the capable hands of The Solarity Group and their PMP®/CAPM® Exam Preparation Boot Camp. Through Sue Knies’ competent instruction, I was introduced to all the complexities of the PM process with five other like-minded souls, most of whom had real-world project experience. New terms like WBS and Critical Path made their way into my vocabulary, as did a growing humility that my pre-conceived notions about PM were just flat out wrong.

And so, the journey towards PMP certification begins. You submit your application. You read Rita while chopping vegetables for dinner, you reference PMBOK as the laundry gets folded, you run through EVA formulas in your head (why is VAC always the one I mix up?) while vacuuming dust bunnies under the bed. And it gets worse… you start talking out loud to no one. For example, reciting the Execution and Monitor/Control processes in the car at a red light (giving nearby motorists a reason to step on their accelerator rather quickly when it turns green), or when picking up branches in the yard, listing the 7 Tools of Quality while your next-door neighbor looks up from his recycling bin and then hurriedly heads into the garage. You try saying “Fishbone, Flowchart, Pareto, Scatter Diagram, etc.” the next time you’re weeding the patio and see what kind of response you get…go on, I dare you!

Suffice it to say, by the time I had that “aha” moment when it all fitted together, I felt like I’d reached the top of Mt. Everest. I couldn’t believe my brain was beginning to understand these initially mind-boggling concepts, their interdependencies and the value the entirety of them brought to a project. I tell you, reader, if you’re on the same journey I was, grab that moment while it lingers and schedule your exam ASAP! Why? Because 4 hours goes fast, and the word “Congratulations” is one of the sweetest you’ll ever read on a computer screen.

Now, if you’ll excuse me, there are still a few more neighbors who haven’t heard about Risk.

Jeannie Brewer is a recent Solarity student who passed her exam on the first attempt! As noted in the article, Jeannie has a background as a fundraiser in the non-profit sector. She recently decided to make a career change, and someone recommended that she consider Project Management. Congratulations to Jeannie on achieving the PMP certification, and best wishes on making a successful transition from “accidental” to professional Project Manager.