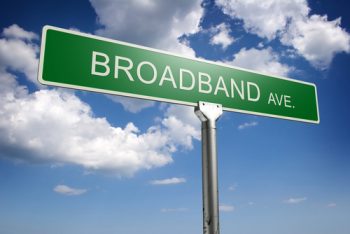 Luck is Not a Strategy

Achieving broadband success doesn’t happen by accident. Learn what to do (and what not to) from those that have done the hard work to implement broadband infrastructure in their communities.

Ending the Digital Divide: A Case Study in Fixed Wireless and Bringing Better Broadband to Underserved Communities: Nobles County in Minnesota is not unlike many small and rural communities throughout Minnesota and the U.S., full of hard-working proud people who enjoy the rural lifestyle and the quality of life it enables. But unfortunately, Nobles County also experienced a reality that is all too often part of the fabric of too many rural communities across the country — lack of quality high-speed broadband service for all its citizens.

Is a Locally Owned Broadband Network Right for You?: This webinar gives an in-depth look at how the City of Ammon successfully implemented broadband in their community.

Spotlight City: Ammon, ID: Learn more about the benefits that Ammon, ID has experienced as a result of a fiber optic system with multiple providers offering service.

Using UK Telehealth in Memory Care: See how University of Louisville’ s telehealth network, powered by InTouch Health, has allowed them to reach out to patients and hospitals to enable rural communities access to world-class care

Without a Net: Communities Band Together:  With the internet continuing to grow in importance for school, work, and for everyday life, many disconnected rural communities see their lack of internet access as an existential threat.

This Kentucky County Is Starting Its Own Broadband Network: In December, led by county judge Jim Ward, a group of Letcher County citizens formed the Letcher County Broadband Board and held their first meeting the following month. Their goal was to find a way to create and own their own broadband network.

Kent County, MD, Leaps from Dial-up to FTTH in a Single Bound: A partnership among a county government, a regional dark fiber network and a retail service provider is a win-win-win deal.

Smart Grid Paybacks: The Chattanooga Example: After building a fiber optic network throughout its service territory, the city-owned electric utility in Chattanooga, Tennessee, became the first U.S. company to offer Internet access speeds of 1 gigabit per second to customers.

Get On Board with KentuckyWired: Kentucky moves forward with bi-partisan support of the state-wide broadband project.

Ammon’s Model – The Virtual End of Cable Monopolies: The city of Ammon, Idaho is building the broadband network of the future!

RS Fiber – Fertile Fields for New Rural Internet Cooperative: Scott Carlson with Community Broadband Networks and Christopher Mitchell with Next Century Cities, have compiles a report about how 17 townships and 10 cities in south central Minnesota are forging a historic path to bring high-speed internet access to their communities through a new telecommunications cooperative.