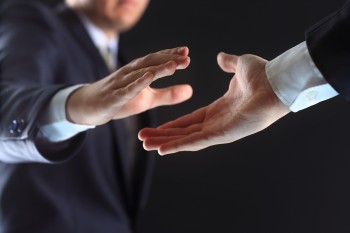 Can’t a great project stand on its own? Can’t a good project manager communicate the project’s value to company stakeholders without the need for a middleman?

Do you really need that guy in the suit, bossing you around in one breath and cheerleading your cause the next?

The short answer is yes. You do. And don’t think for a minute that you don’t.

According to PMI’s Pulse of the Profession®, an active sponsor is the single most important top driver of success. Yes, just like it was with your parents’ best friends’ kid, this is one relationship you aren’t going to get away from. But it’s not a bad thing. In fact, it could be the very best thing for your project and your career.

Friend + Enemy = Frenemy. Sometimes that’s how the relationship with a project sponsor can feel. I mean, on one hand she’s championing your project to the higher ups. She’s in the boardroom when you aren’t, representing. And when push comes to shove, you know she’s in there rooting for the project, rooting for you and your project team.

But she’s also the one asking the hard questions, challenging you when things aren’t going smoothly, pushing back on scope creep and the other coping strategies project managers cling to when the going gets tough. And if it goes too badly for too long, she’s the one who kicks you off the island, metaphorically of course. But it still hurts.

Here are the PMI Pulse of the Profession statistics on why your project sponsor should be your besty, not your frenemy:

So if you have to deal with this person, what’s the best way to go about it? PMI’s article “Seven Steps to Strengthen Your Bond With Your Sponsor” by Rachel Bertsche outlines a few strategies:

One. Communicate early and often. PMI’s research found that when it came to complex projects, the most important factor impacting success was communication. Having sponsorship came in second. But even less complicated projects benefit from an hour-long kickoff meeting where both parties discuss what they envision their roles to be, walk away with a list of responsibilities and action items, and follow up regularly.

Two. Build a Friendship. Keep your friends close and your frenemies closer. Let’s face it, you’re going to be working together towards a common goal, so don’t just act like friends, become friends. Get to know your sponsor personally, and be willing to talk about your kids, your favorite sports team, and all the things you’d chat with your team members about. Trust is key to warding off that relationship-killer called “micromanagement.”

Three. Ditch the technical terms. Yes, it’s fun to feel smarter than somebody else when you throw out a bunch of technical jargon and they don’t know what you are talking about, but it’s not helpful. Get over yourself and think bigger picture. Talk to your sponsor in terms he or she can understand, and explain the impact of the moving parts of your project, not their every intricate technical detail.

Four. Play to your strengths and let your sponsor play to his. You are not John McClane. You don’t have to go it alone. When you need help, especially help of a political or sensitive nature involving specific players in your organization, talk to your sponsor. He may have advice, pull or insight that can make a difference.

Five. Be honest. If things aren’t going well, be up front about it. Sponsors don’t like surprises. And remember, you aren’t the one who has to take the flak in the boardroom. Your sponsor has a right to know what’s going on.

Of course project sponsors have responsibilities, too:  launching a team with the project manager (so you have the opportunity to establish authority and expectations), avoiding micromanagement (it’s both humiliating and unproductive), and remaining actively engaged throughout the project (did you notice all of PMI’s statistics involved “active” sponsorship?) are all factors that make for more friend and less enemy in this relationship.

Which means, you do need a project sponsor. You do. You need one. But just like with friends, you don’t need just any one. You need a good one.